Actors and characters influence the audience which in turn makes the movie successful or unsuccessful. Hollywood movies are watched all over the world and people like them a lot. Superhero movies are quite interesting because the characters are quite influential and audience like them for different reasons. ‘Guardians of the Galaxy’ is a superhero movie based on Marvel Comics. The first sequel was released in way back 2014 and the second sequel got released in 2017. Audience awaited a lot for the second sequel and only trailers of the movie grossed huge amount. Finally, the second sequel released in April 2017 with huge success on box office. This movie gave new dimension to clothing industry by giving new ideas for party’s costumes and Halloween costumes. 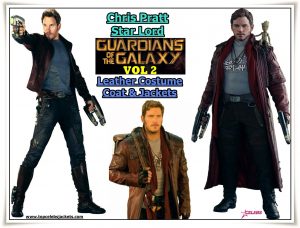 This movie revolves around the life of Peter Quill. This character has been played by Chris Pratt. He was being abducted when he was just a kid from the earth. The group of robbers ‘Ravagers’ brought him up on the galaxy. Peter Quill becomes vigorous and powerful as he grows up, he is recognized for this valor and bravery. He is famous in his galaxy and people admire his courage and macho personality. He becomes famous by the name Star Lord. He is quite concerned about his galaxy. Different other characters make the storyline quite unique and appealing. Audience always likes unique ideas and characters. Marvel Comics have all the charisma which is admired by the audience all the time.  Moreover, characters have beautifully performed their roles and worked hard to make this movie a big hit. In both sequels, Chris Pratt portrayed the character of Peter Quill and his tremendous character and performance inspired the audience.

Technology has given a new charm to film industry. Now, the fantasy world can be beautifully portrayed in reality. It’s all because of the availability of visual effects. These effects are the editing tricks which help in adding and editing scenes in a natural way to give the impression of reality. Guardians of Galaxy has brilliant visual effects, everything seem perfect and natural. The galaxy looks so original and the life of galaxy is originally presented. Visual effects are not used randomly but great effort is being required for this matter otherwise, the film loses its credibility if doesn’t seem real. Film is being watched for entertainment and recreation and fortunately Guardians of Galaxy entertained the audience by beautifully portraying the fictional world and its influential characters. 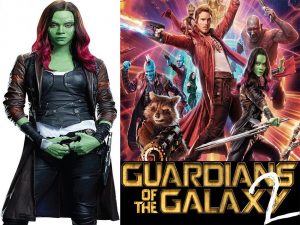 Beautiful and unique costumes are seen throughout the movie. Peter Quill wore very attractive costumes which are admired by his admirers and designers have worked hard to present such awesome costumes for the die hard fans of fictional character of Peter Quill  Star Lord . He as a leader wore so amazing jackets and costumes which added grace to his role. Costumes are as necessary as is storyline for the success of any movie. All the characters wore exclusive clothes which attracted viewers so much. 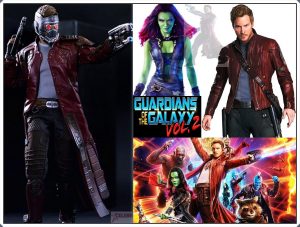 The above mentioned factors enhance the charisma of the movie ‘Guardians of Galaxy’. Critics gave positive feedback and this movie earned worldwide fame and also won several awards as well. This movie is an example to all those movies struggling to receive appreciation and success. ‘Guardians of Galaxy’ has all the ingredients which are needed to make the film big hit. The cast and characters, the plot and the set are all splendid and appealed people so much. The character of Star Lord has inspired the audience so much that people like to wear his costumes to show their love and appreciation for the character.